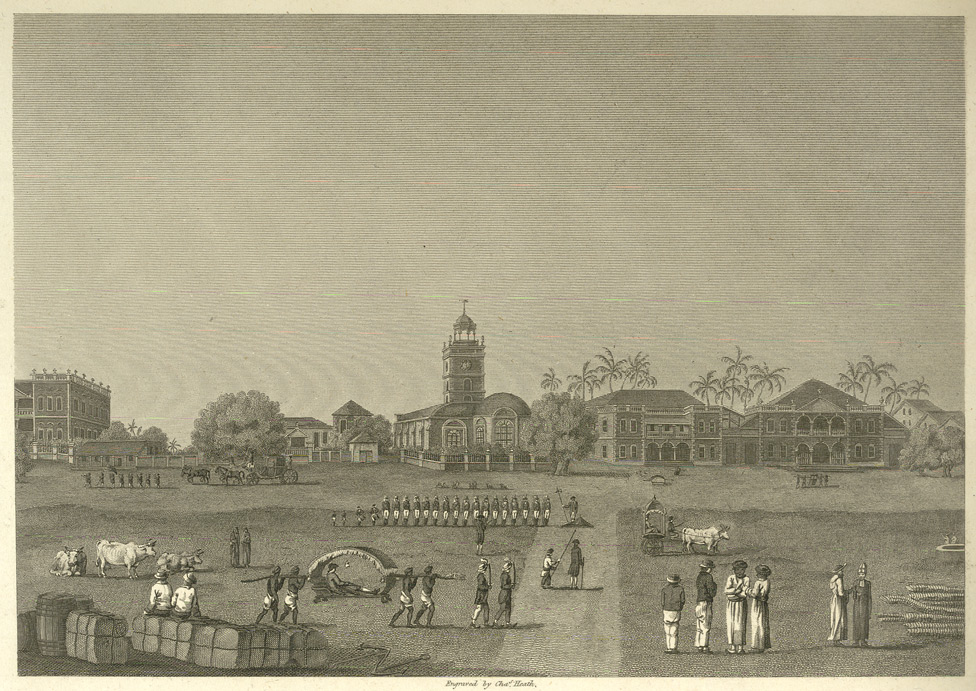 Is this a fantasyland, a land where money grows on trees? Or maybe it is just a throbbing vein that attracts too many blood cells from all over. Be it the fish eating Konkanis, the carol singing Goan Christians or be it the Banias from the north, there is room for everybody. This is Mumbai. To an outsider it is a chaotic city full of dreams but for an insider it is a part of their life. As for me, it is where life truly moves on- be it the floods, be it a terror attack, I haven’t seen a bunch of people ever more disconnected and still in tandem. Mumbaikars pull together when in need and don’t mind shouting each other’s’ ears off in a railway train over a seat. Was Mumbai always like this; at odds with itself, wailing horns and constant traffic and not to mention the stinking gutters? Maybe we haven’t seen Mumbai in any other way but let’s not dismiss the fact that the roots of this city run deeper than we think.

Somewhere in the 3rd century BCE Ashoka found his way on an island in the Arabian Sea (Sopara). The existence of an Ashokan edict testifies the presence of Mauryan Empire in Sopara. They weren’t the only ones. These bunch of islands off the coast near the central region of India have welcomed not one or two but multiple visitors, whether guests or rulers; they’ve all left a stamp behind. The Gujaratis, the Marathas, the Mughals, the Portuguese and many others sport a link with Bombay.

After the Mauryans, the Shilahara Dynasty of Konkan came to the islands. These Hindu rulers have left a significant mark on these islands. Two very famous temples of Babulnath and Walkeshwar are from this era. The Walkeshwar Temple was constructed in the 10th Century and the Babulnath temple in 13th century. The Hindus ruled from around 810 CE to 1348 CE. In the mid-14th century, Gujarat Sultanate took over the reins of this area. Another two centuries and on 25 October 1535, the Portuguese came under the possession of Bombay. They weren’t to stay either.

Signing over her royal dowry, Princess Catherine of Braganza married Charles II of Britain on 8 May 1661. The royal dowry included the 7 islands that would later form Bombay. After a little tussle with the Portuguese, the English acquired the Bombay island and later on also added Mahim, Sion and Wadala to their kitty. By the Royal Charter of 27th March 1668, Charles gave away these islands to the British East India Company at a mere rent of £10 per year.

The Portuguese had built a Bombay Castle. The British East India Company set to work. They built a fortification around the Bombay Castle. They also constructed a quay and warehouses. Till then small economy had grown in Bombay. But the British wanted more. The fort wasn’t just a city but a potential gateway. Anyone with half a head could see that wasn’t it obvious? Mumbai was a natural harbour, very safe from the ocean yet deep enough for most ships and it was on the west coast. It was the perfect entryway into the Indian subcontinent.

By this time, Mumbai had had its first governor under the Company. They had also established the mint. Gerald Aungier, the second governor, formulated inviting business incentives. People began flocking to these 7 islands. They came here to settle and make livelihoods. Parsis from Iran, Marathis, Gujaratis, Christians, Muslims and Jews all gathered and lived in this city.

Fast forward to 1838 and Bombay began looking like what it does today. In 1782 when William Hornby became the Governor, he decided to link these 7 islands of Colaba, Old Women’s Island, Mazagaon, Worli, Mahim, Parel and Bombay. He initiated the Hornby Vellard project. It changed the face of this city.

As Bombay became the place for British Troops to set camp, they needed their laundrymen. The laundrymen needed a clean water resource. To create lakes, trenches were dug and filled. Several lakes constituted a part of this area around where today a big junction exists. The hospital opposite to the cinema now stands on top of a lake! When the government became building a subway for pedestrians under this major junction, they were surprised to find fresh water springs underneath! These springs filled the lake with fresh water and the dhobis (laundrymen) washed clothes here.

The first cotton textile mill was set up on 7th July, 1854. The shipbuilding industry followed in 1863. 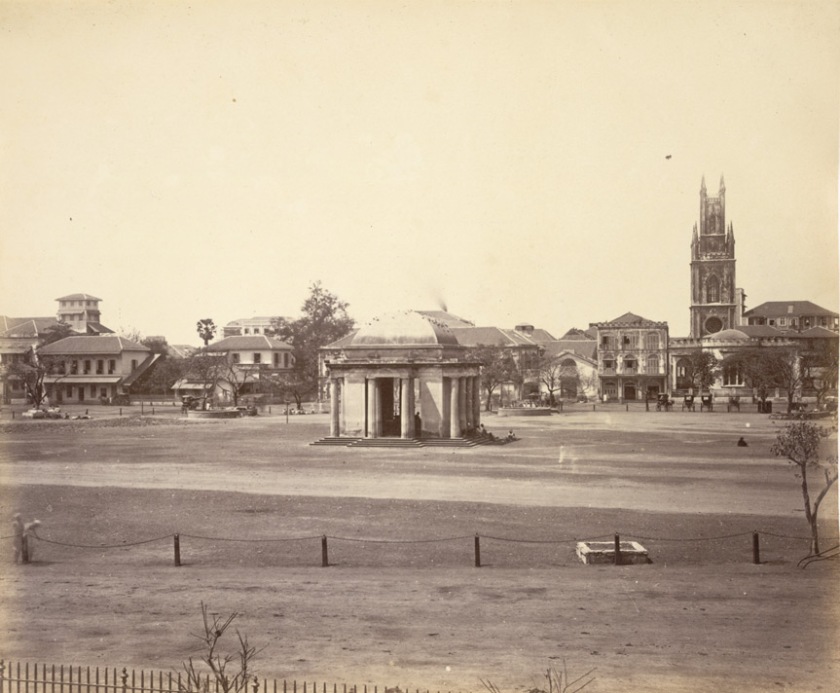 In 1862, Sir Battle Frere became the Governor of Bombay. He was ever the optimist and conceptualised the roots of Bombay. He decided to bring down the Bombay fort. It was too inconvenient and nascent, he had even bigger plans for this city.

The British troops housed overseas in India were undoubtedly homesick. They missed the revival gothic architecture and the upbeat vibes of urban London. Bombay was a quiet harbour and a clean canvas to draw upon. Sir Frere set off to build mini London.

The entire area of present day Churchgate and some parts of Colaba together formed the Fort area. The old fort had fortifications and three gates- the Apollo Gate, Church gate and the Bazaar gate. One of the gates stood right in the place of the famous Flora Fountain. Since this gate was close to the St. Thomas Cathedral locals referred to it as the Church gate. This name caught on and when the Colaba Station shut down, this new station was built near this gate and thus was christened Churchgate.

The fort and its gates were bought down to make way for a new Bombay.

The excess money in the city went in to the stock exchange. A business elite class consisting of Sir Jamshedjee Jeejebhoy, Jagannath Sunkersett, David Sasson and Sir Premchand Roychund amongst others where the chief employers in the city. They banded together and gave a boost to Sir Frere’s dreams. They provided the finances and built huge legacies that are still around today. Libraries, hospitals, educational institutions, the Bombay Stock Exchange and the famous Prince of Wales museum as it was formerly known are all a part of that legacy.

Despite the rapid advancements, cattle were definitely a part of Bombay transport belonging to shepherds. In 1838 a new tax was imposed that made all herdsmen pay a tax for cattle grazing. In good faith Sir Jamsetjee Jeejeebhoy bought land near the Chowpatty till the Wilson College known as Thakurdwar. He let the herdsmen use this land for cattle grazing. Did you guess? What is the word in Hindi for grazing? Charna. This area thus came to be locally called as Charna. Soon it changed to Charni and we got Charni Road.

Textile mills ran this city once. Bombay was where India came, to haggle their wares to the foreign merchants. Cotton exchanges were an intrinsic part to Bombay and took place at Colaba. Cotton was turned into textile and exported here.

There was a time when these mills fed the city. They had 2 shifts, one for the day duty and one for the night duty. Such was the demand for textiles. A common gong rang around the city at 9 signaling the shift timings. And then as if a light was switched off, all this came to an abrupt halt when the strikes began. Workers went on major strikes, forcing all mills to shut down, not for a day or two but permanently. Today there isn’t a single functioning textile mill around. Huge mills in the Parel area have given way to an industrial area and a shopping mall. The old mills are being brought down and in their place sky high skyscrapers are blocking the light. Those skyscrapers that hardly anyone seems to afford.

Whether it is the swelling crowds that is bursting the maximum city at its seams or its resilience against all odds. Mumbai is what it is today courtesy the British and not just in the way it looks and feels but also in the way it has exponentially developed in this short span of time. So, has this city finished evolving? Absolutely not. After 1995, Bombay became Mumbai again. The name comes from the local goddess Mumba devi. Many local names changed from sounding British to very much Indian. True for many railway stations in the country but that is another story for another day.

It might be ‘Mumbai’ for the world yet it is ‘Bombay’ for the city’s lifelong dwellers. They still catch a train to the Victoria Terminus (VT) now known officially as CST and we all know- Mumbai is our jaan. The railway local is its throbbing vein and the buses are the BEST in this country. By the way, Bombay is the refined version of the Portuguese word ‘Bom Bhaiam’ meaning beautiful bay. It’s an irony, is it not?

The cover picture is an engraving of the Horniman Circle area.

She can be contacted at editor@giglee.in