A hundred she camels, a hundred camels, all left childless,

What is destined to be will be, even so a few drops of rain would be a blessing.

As a child, way back in the 1980s, like all the other children of India I was introduced to Rajasthan’s the Thar Desert as a sea of sand dunes, life on the edge and camel, the ship of the desert. Being from Odisha, a lush green coastal state, it was difficult to visualize about the desert and its environs merely through the printed word. I satisfied my curiosity by watching movies and flipping tourist brochures. Decades later, when I got involved in designing modules on the desert for teachers and students, I again used videos and pictures extensively but somewhere in my heart,, I was not satisfied with what I was offering to schools as I had never experienced life in Thar desert. 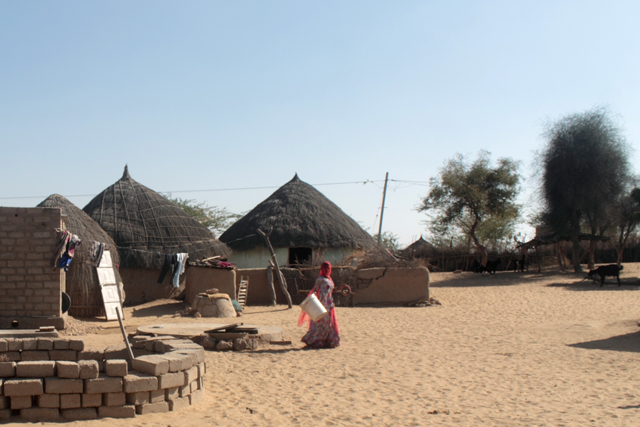 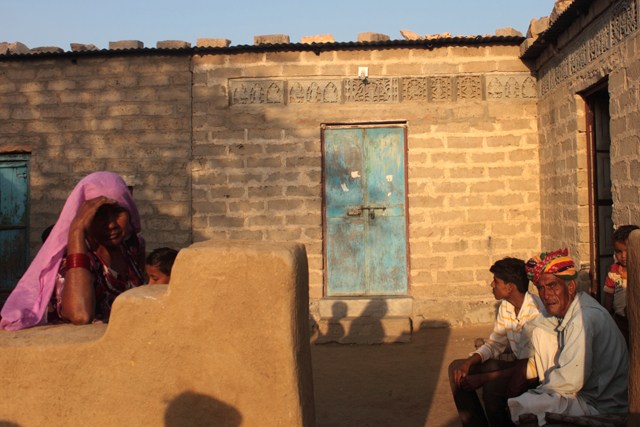 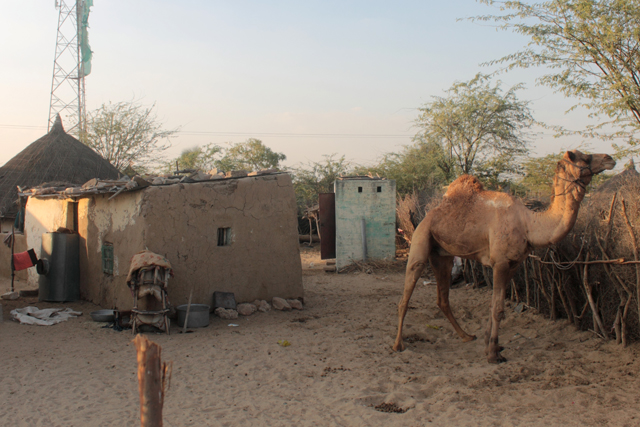 But as luck would have it, I recently ended up at a village called Tamlor in Barmer District situated at a distance of just 1500 meters from the Indo-Pak border, in the Thar Desert of Rajasthan.

Tamlor is located on Barmer – Munabao Road in Barmer District of Rajasthan at a distance of 2 km from Indo – Pak International Border. Barmer is about 100 km from Tamlor. Surrounded by sand dunes Tamlor together with other desert villages in the region are perfect destinations for off-beat travellers. On your way to these remote villages, you can also visit the Solanki Period architectural jewels – the Kiradu group of temples.  There are no stay options at these villages, but at Barmer, you have the upmarket Sanchal Fort (https://www.sanchalfort.com/) as a luxury option. Mr Banarjee, the manager of the hotel will arrange your travel plan to Tamlor. While at Barmer also look for Ajrakh Block Printing craft and wood carvings. 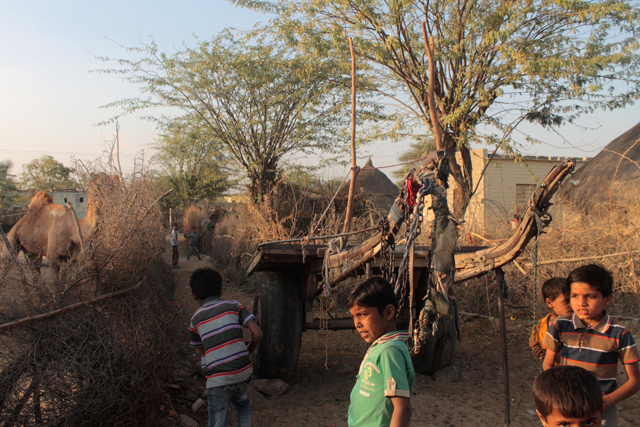 Barmer, India’s fifth and Rajasthan’s third-largest district in terms of area shares its border with Umerkot District of Sindh Province in Pakistan. Umerkot even today is a stronghold of Hindu Rajputs and is better known as the birthplace of Emperor Akbar.

Barmer was known as Malani before, in the name of Rawal Malinath, a folk hero and saint, who is worshipped as a deity by local people. An environmentally extreme region, Barmer experiences temperatures that soar up to 50-550 C in summer months. The district receives a mere 200 mm of average rainfall in a year. While talking to elderly folks of the district, one hears stories of Akaal (droughts that occur every year) and conflicts for water. For the desert people, water is as precious as gold and they hide it from the public eye to avoid its theft.

Kuldhara in Jaisalmer – A Travel Shot

In Barmer, people have learnt how to survive in drought-like conditions. The following is an extract from Komal Kothari’s (Rajasthan’s well-known folk historian) conversation with Rustom Bharucha, in the book Rajasthan – An Oral History.

Yesterday it rained. If it had not rained for another ten days then you would have seen long faces. So now people are happy, this was the first rain of the season, even though it is already August. Now the sowing can begin. But the farmers also need a second rainfall. And after that, they need no rain at all for the crops to grow well. Now that they have got the rain, they will need only one more rainfall within 15-20 days or a month, and that will be sufficient for the seed.

Due to water scarcity, people of Barmer have adopted dry farming. Rotis made of millet (jawar) and various milk products are the only sources of protein in the region. The geology of Barmer District comprises of calcrete, silcrete, gypsiferous bed clay stones which do not make for potential groundwater aquifers. The desert underground stratum is poor in groundwater storage and transmission and the deep groundwater is saline.

Water Heritage of Jodhpur – Then and Now 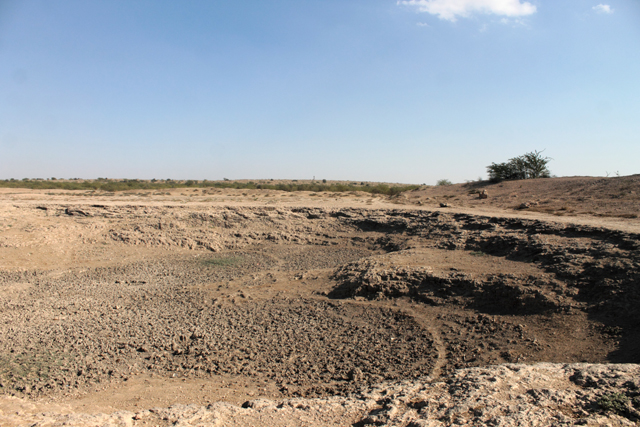 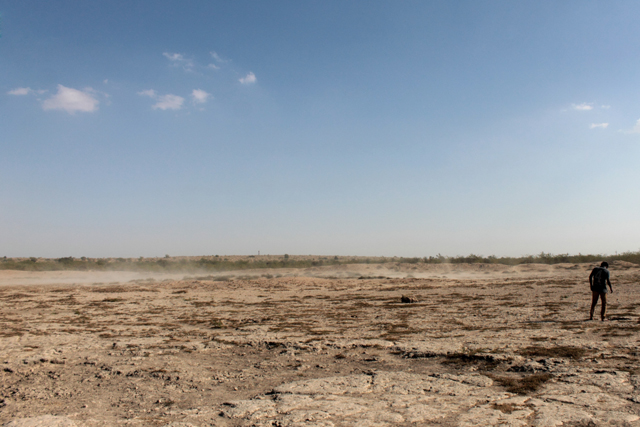 With this understanding about the Thar Desert, we travelled from Barmer through the sandy dunes to Pakistan border near Munabao, the last railway station on the Indian side in the Jodhpur – Karachi Thar Express.  You need permission to visit the area as it is a highly sensitive military zone. Fortunately, we had the permission, thanks to Mr Chatterjee, our host at Hotel Sanchal Fort, Barmer, who managed it. On the way, we stopped at Tamlor, a few miles before Munabao to pick up our local resource Mr Mahendra Singh Sodha who knew the Sarpanch of the village and is a great resource to understand the various facets of life, especially water harvesting and its management in the desert region.

As we entered the village of Tamlor, we were warmly greeted by Mr Hindu Singh Sodha, the young and dynamic Sarpanch of the village. He took us around the village and got us acquainted with its cultural and social life. The village has become a refuge for a large number of migrants from the surrounding dunes, in recent years, due to better infrastructure. One can see the hustle and bustle of village life, a woman milking a cow and yet another arranging fodder for the cattle and camels. There were children in the school celebrating the festival of Vasant Panchami.   As we walked through the interiors of the village, what drew our attention was the struggle for water. Women had gathered near a government built-tank to fetch water, however, it meets only a fraction of the local demand. On our way to the border, we stopped by near an open field scattered with a large number of beries and a deserted talav, locally called nādi. 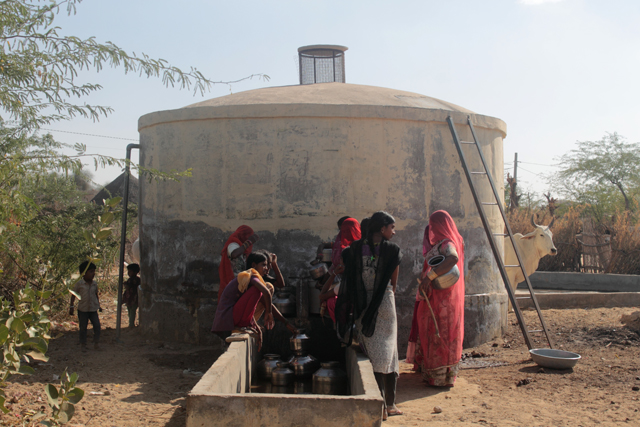 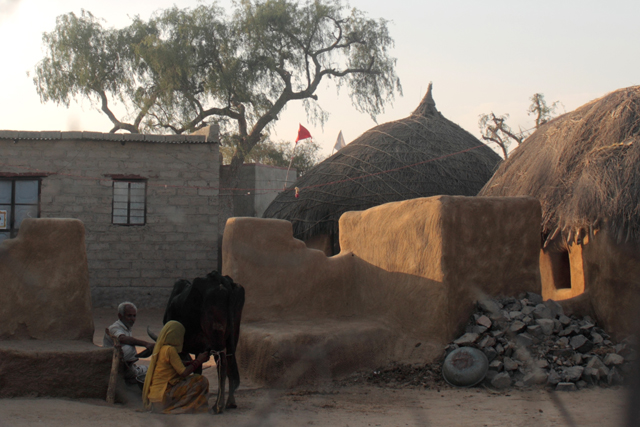 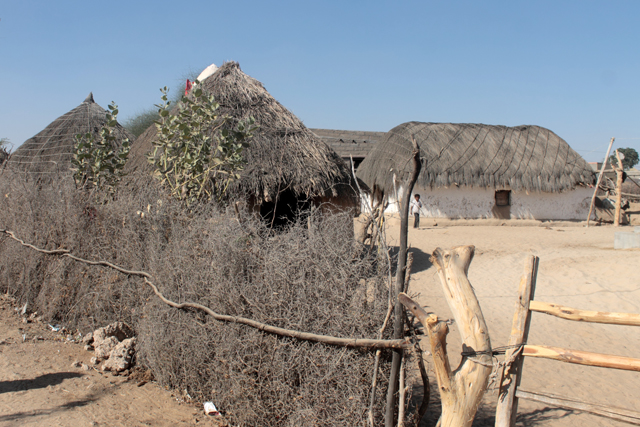 Nādis are small community made ponds with embankments wherein rainwater from the adjoining catchment area is stored. Traditional nādis have survived for hundreds of years but after independence whenever government or any other external agency built them they have invariably dried up. As per the traditional knowledge system, people in the past knew where a nādi should be located and how deep into the earth one must dig, how to deal with the slope of a particular ground and how certain layers of the earth need to be strengthened in order to prevent water seepage.

The nādi we saw, according to Hindu Singh Ji, was built in 1971 by the Indian Army during the Indo-Pak war. Perhaps its builders had no idea where and how a nādi should be built and therefore it has ended up as dry and desolate.

Beri is a pitcher shaped structure that collects rainwater. It is about half a meter wide at the top and 3 to 4 meters wide at the bottom. The spot is strategically selected so that the percolated rainwater is channelised towards the well. 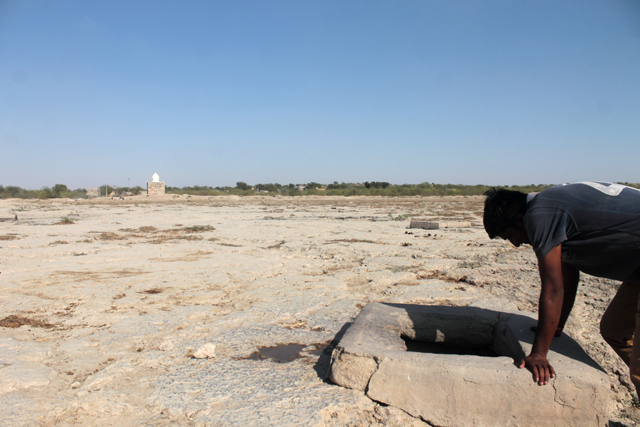 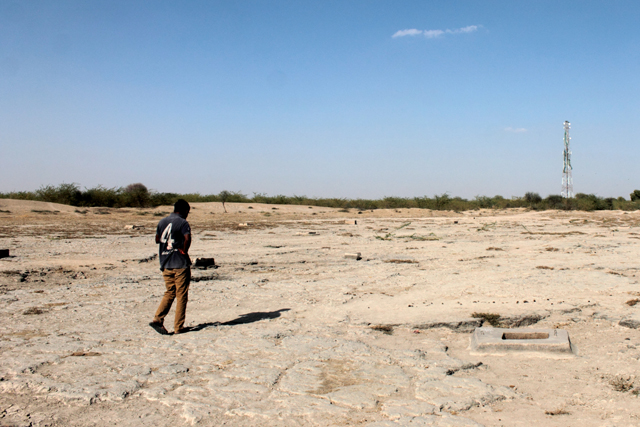 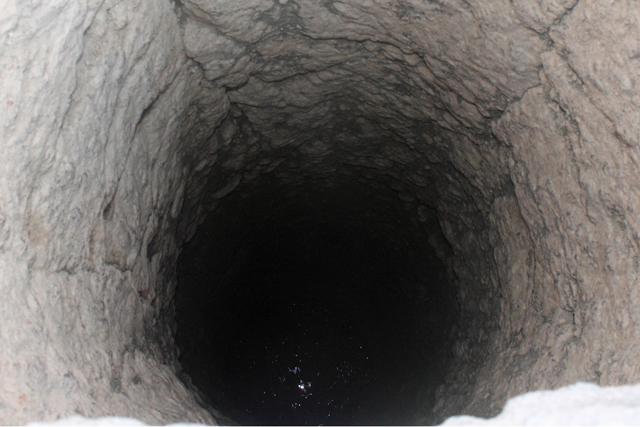 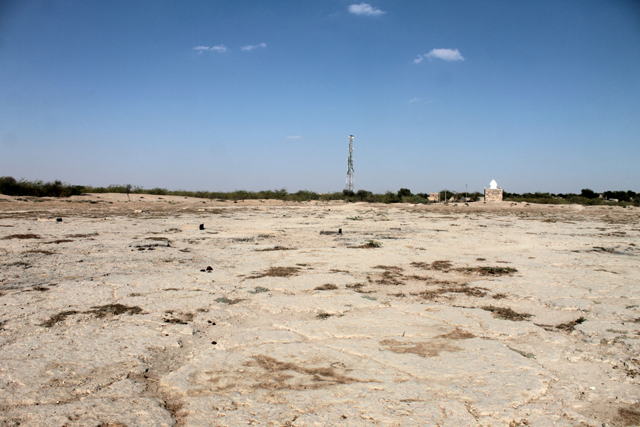 For hundreds of years, people in this hostile region had successfully lived with its harsh climate. They had mastered the art of harvesting rainwater and groundwater conservation. But it was disappointing to see most of the beris have become defunct now containing mostly brackish water. The traditional knowledge system suddenly has no takers thanks to the erratic supply of tanker water, which the villagers find expensive but have adapted to because it is an easier solution.

To know more watch this video below.

After spending about 30 minutes, we headed towards the border, a stone’s throw distance from the beris. Here, for the first time, I saw the barbed fence that separates two young nations, India and Pakistan, but one people and culture who once upon a time lived harmoniously for centuries.

We spent almost two hours in the village talking with the elders on issues such as water, food, and stories of partition from their near and dear after India split into two nations more than 70 years ago.

We left the village both happy and sad. Happy because of the warm hospitality by the villagers and sad due to the loss of traditional knowledge system of water management, which had been practised for thousands of years through community participation.