‘If there are no mangroves, then the sea will have no meaning. It is like having a tree without roots, for the mangroves are the roots of the sea.’

Words of a Thai Fisherman from the Andaman Coast

You have seen Bhitarkanika, widely celebrated as Mini Amazon. But perhaps you may not be aware of North Balasore Coast that has preserved yet another mangrove, though much smaller in size. Bichitrapur, the mangrove coast of Balasore is an ecological utopia. 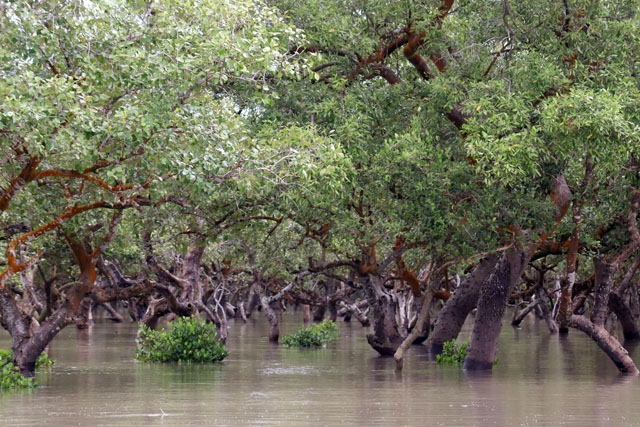 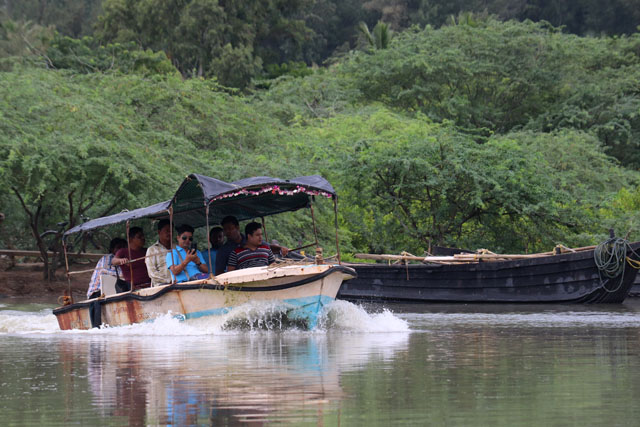 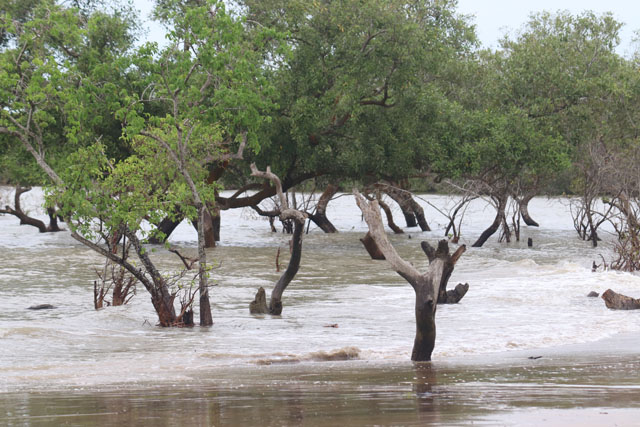 A 10-minute boat ride from Khadibili through the meandering mangrove creeks will drop you at a no man’s beach, the mangrove paradise of Bichitrapur. On your way, you come across numerous fishing boats mostly built in clinker technique and locally known as patia on both sides of the creek.

TALASARI BEACH – BEYOND THE RHYTHMIC SEA 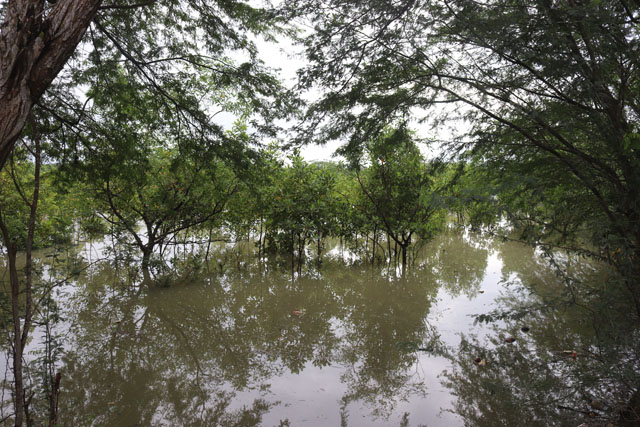 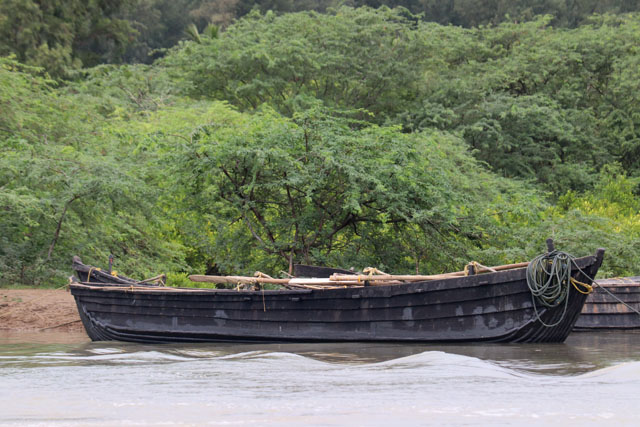 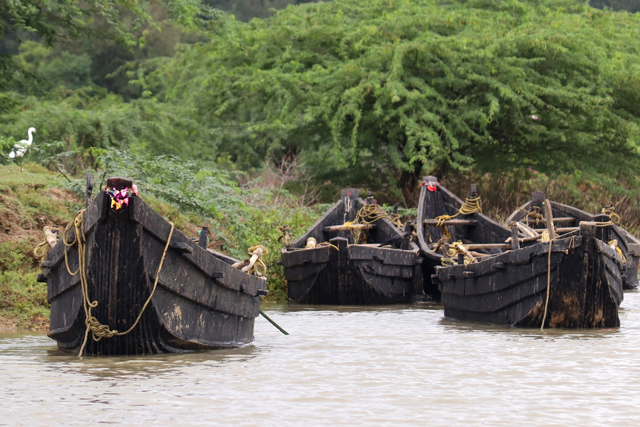 Bichitrapur is one of the least explored mangrove coasts in Odisha and therefore retained its character as an ecological hotspot. A sheltering ground for resident and migratory birds and ghost red crabs, the major attraction here is the numerous stumps of water weathering trees strewn across the marshy land and sea waves gently tossing them.

CHANDIPUR – BEYOND THE VANISHING SEA 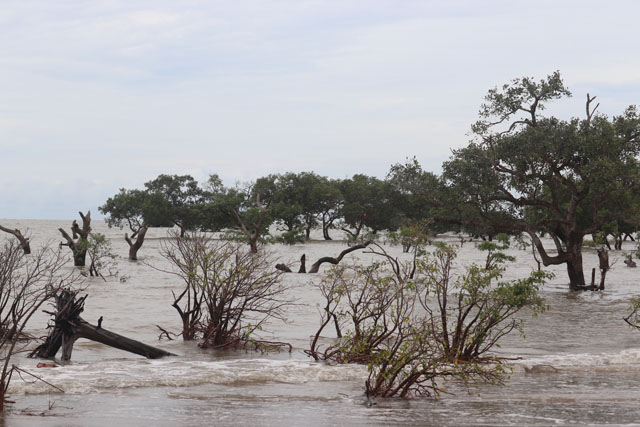 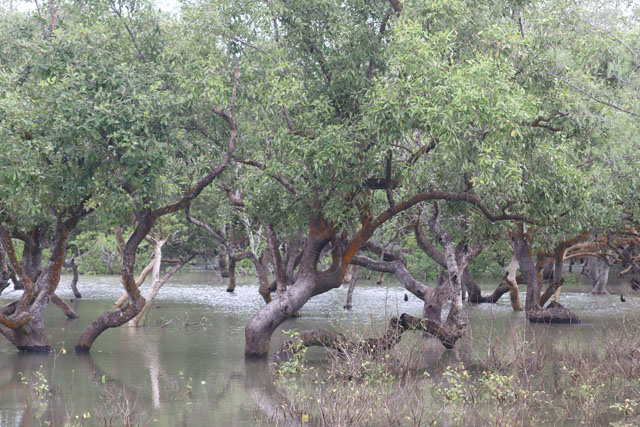 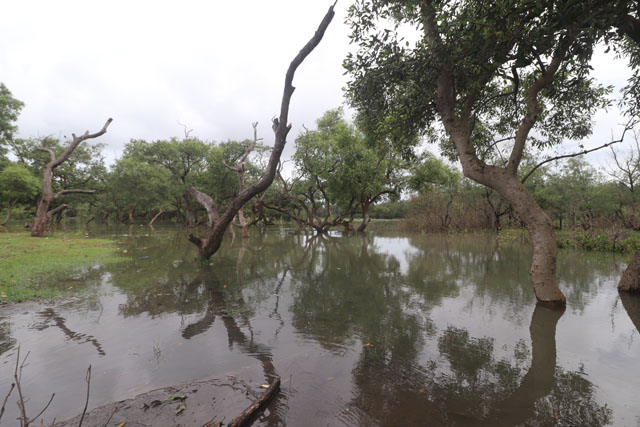 Mangroves are part of the coastal ecosystem in the tropical and sub-tropical world in Asia, Africa, Australia and America. The largest remaining tract of mangrove forest in the world is found in the Sundarbans on the edge of Bay of Bengal in West Bengal and Bangladesh. Moving south from Sundarbans, the tiny tract of Bichitrapur is the first mangrove region in the east coast.

Bichitrapur is located at a distance of 100 km from Balasore and 15 km from Talasari Beach and 20 km from Digha, a popular tourist beach in bordering West Bengal. Surround by lush green paddy fields, swamps, rivers and villages, Bichitrapur can also be covered by bicycle. The nature camp at Bichitrapur is the only staying option, which can be booked online (https://www.ecotourodisha.com/). The boat ride starts from Khadibili during high tides. Your booking at the nature camp also includes a complimentary boat ride in the mangrove creeks.

Growing in the inter-tidal areas and estuary mouths between land and sea, mangroves are composed of salt-tolerant trees and other plant species. They thrive in intertidal zones of sheltered tropical shores, islands and estuaries.

Bichitrapur Mangrove is also a storehouse of experiences for knowledge seeking travellers. One can also do beach trekking from Talasari or even Digha to reach Bichitrapur.

The surrounding of Bichitrapur is the agricultural heartland of rural Balasore. On your drive from Chandaneswar to Bichitrapur, you discover beetle leaf gardens, a major source of local revenue generation. Beetle leaves are delicate plants and utmost care is taken for their growth. 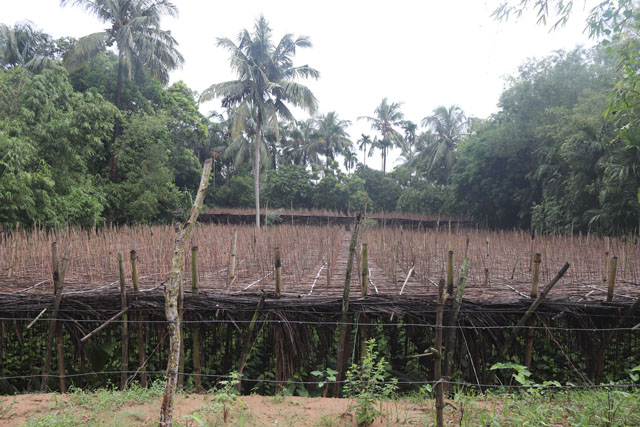 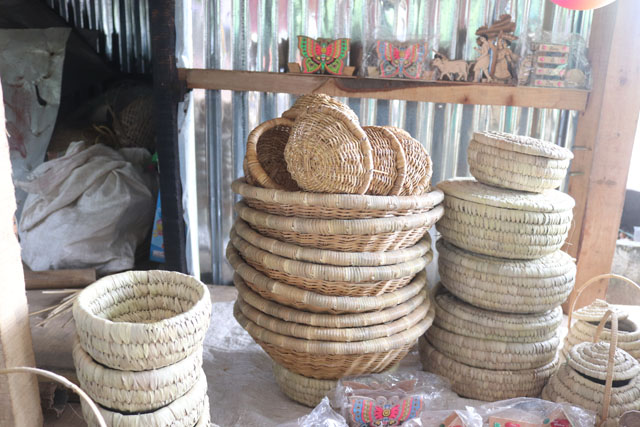 Yet another attraction around Bichitrapur is Asia’s tallest Shiva Lingam at Kumbharagadi Village. The 12 feet long and 14 feet width lingam of Baba Bhusandeswara is carved out on black granite stone and only half of it is visible.

According to a local legend, during Tretaya Yuga, the demon king Ravana was blessed by Lord Shiva and gifted this Shiva Lingam. But Lord Shiva warned him not to place the lingam anywhere. Ravana was on his way with the lingam on Puspak Viman. The angels of God were disappointed and seized the power of Ravana. In the meantime, Ravana felt desperate and planted the lingam at this place. He tried to lift again but failed because it was heavy. The lingam was buried unnoticed for a long time until when a Marwari businessman of Jaleswara town discovered it in his dream. On the next day, he accompanied by his friends came here and built a shrine over it.

The Nature Camp at Bichitrapur is a destination by itself. Surrounded by dense casuarina forest, the camp has 4 cottages on a dune in a tranquil setting. 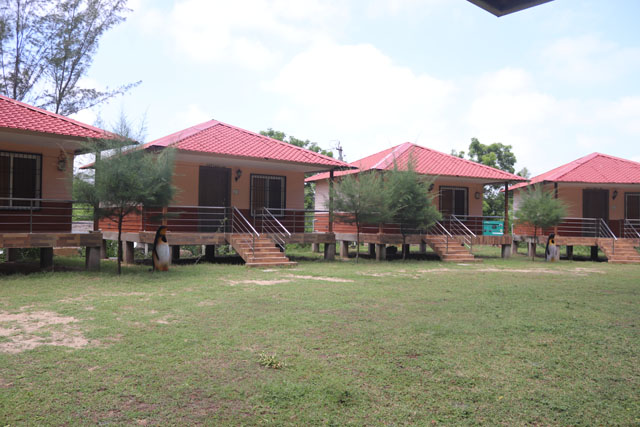 A few kilometres south of the camp is the estuary of Subarnarekha River, a major maritime gateway in the past for European expansion in India. Today the tranquil water of the river is extensively used for subsistence and industrial fishing. 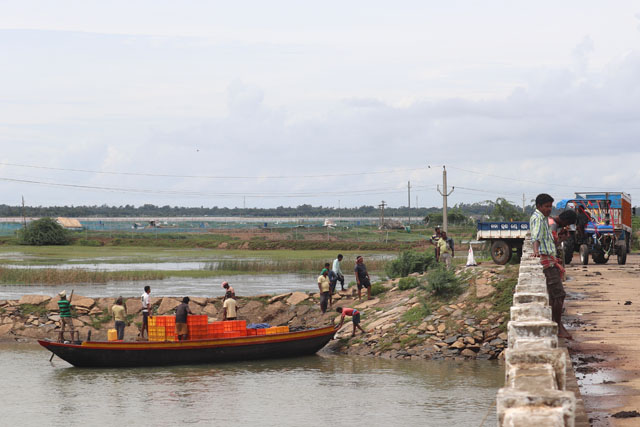