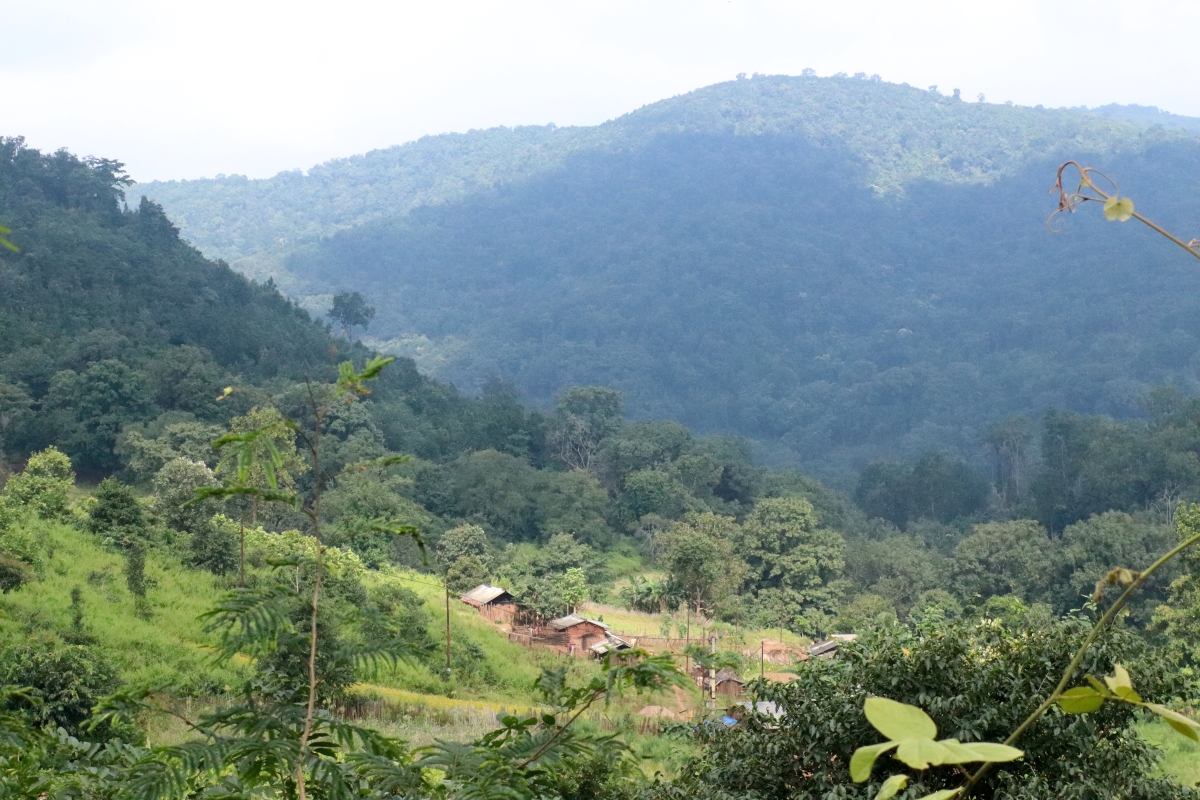 With no airport and railways, Kandhamal region can be viewed as Odisha’s untamed territory and a paradise for travellers of all kind. A highland mountainous region, 80% of Kandhamal is forested, perhaps the highest in India excluding Northeast. Home to Kondh tribes, this ancient aboriginal land has retained a beautiful mix of old-world charm and modern aspiration. For outsiders, Kandhamal is widely known for Daringibadi, an enchanting hill station nicknamed as ‘Kashmir of Odisha’. However, there are tons of surprises at every part this forested territory beyond the popular hangout points of Daringibadi. 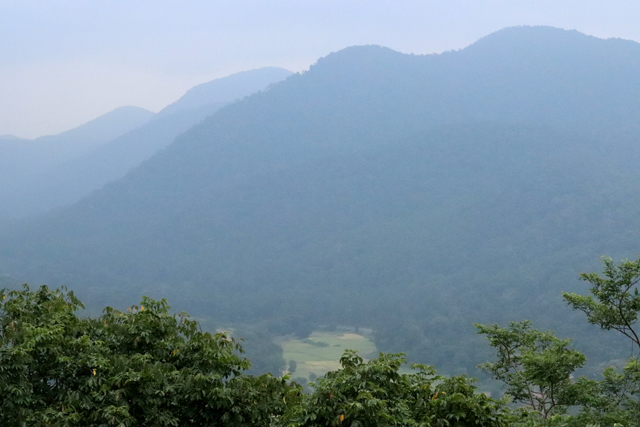 These are 5 offbeat travel experiences that are guaranteed to charm any curious traveller to this emerging destination in Odisha’s rural heartland.

Located at the heart of Kotgadh Wildlife Sanctuary, Ludo Waterfall is Kandhamal’s best-kept secret. Surrounded by scenic forest villages of Desia Kondh Tribe and enchanting turmeric and mustard fields, the Ludo waterfall is 3 tired having splendid views of nature. One can relax here for hours enjoying the tranquilly of the forest and listening to the musical chores of the cascading fall. The waterfall is worshipped as Mother Goddess by local villagers.

A JOURNEY THROUGH KONDH TERRITORY, A TRIBE THAT ONCE SACRIFICED HUMANS 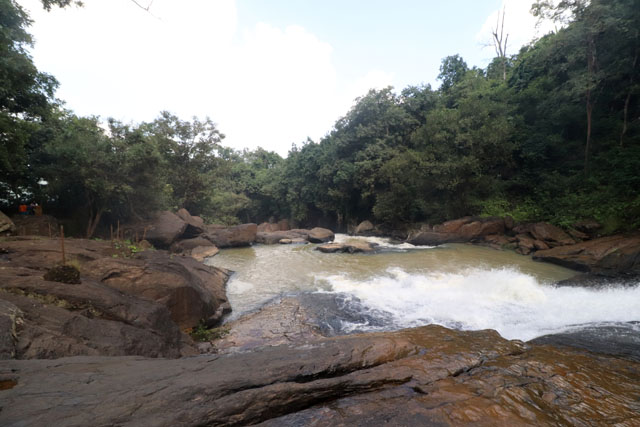 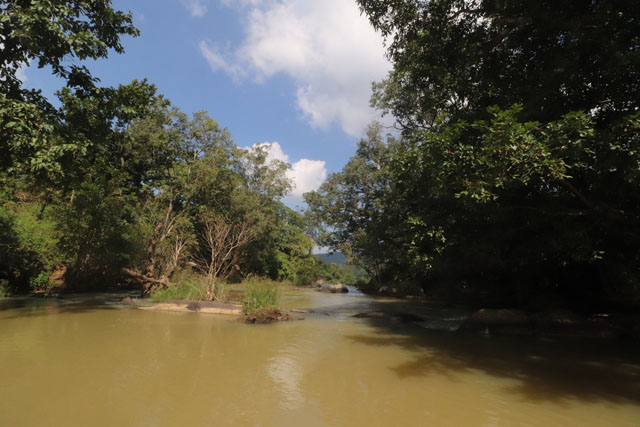 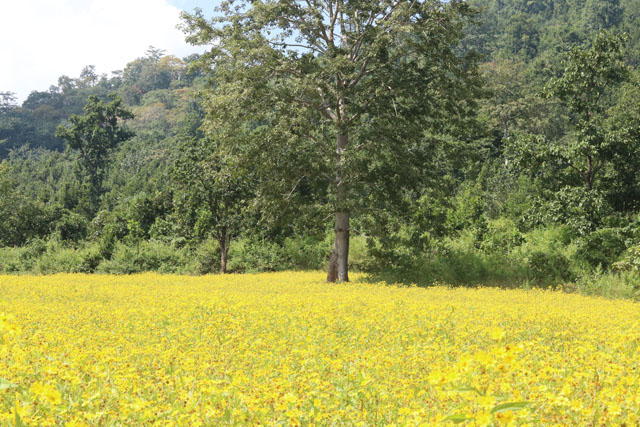 Baliguda is your entry point to the tribal kingdom of Odisha. Located at a distance of 300 km from Bhubaneswar, Baliguda is surrounded by villages inhabited by Desia Kondh tribe, whose women have a unique tradition of tattooing their face. A visit to their villages will drive to a mysterious wonderland where you hear tons of stories of their hoary past when human sacrifices were a common sight. Isolated from the norms of civilisations there used to a strong belief that sacrificing a human life would yield a good harvest. Today the human sacrificed is replaced with buffalo sacrifice. In every village, you will discover the remnants of sacrificial posts depicting buffalo icons in wood. 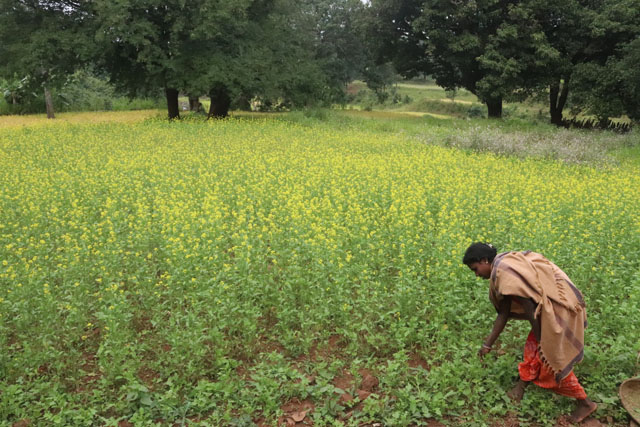 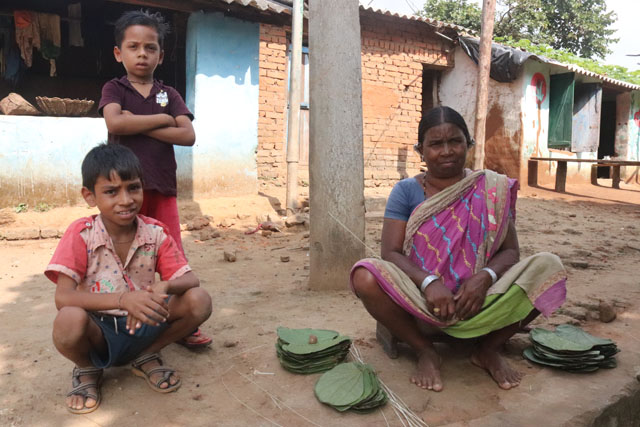 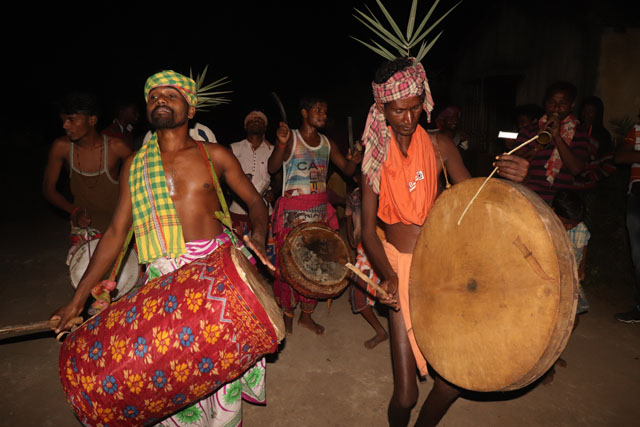 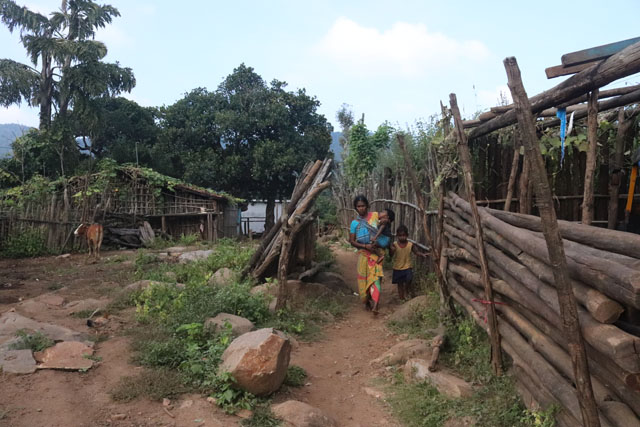 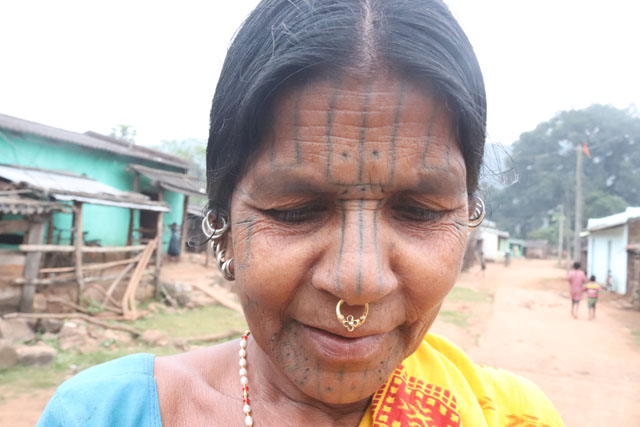 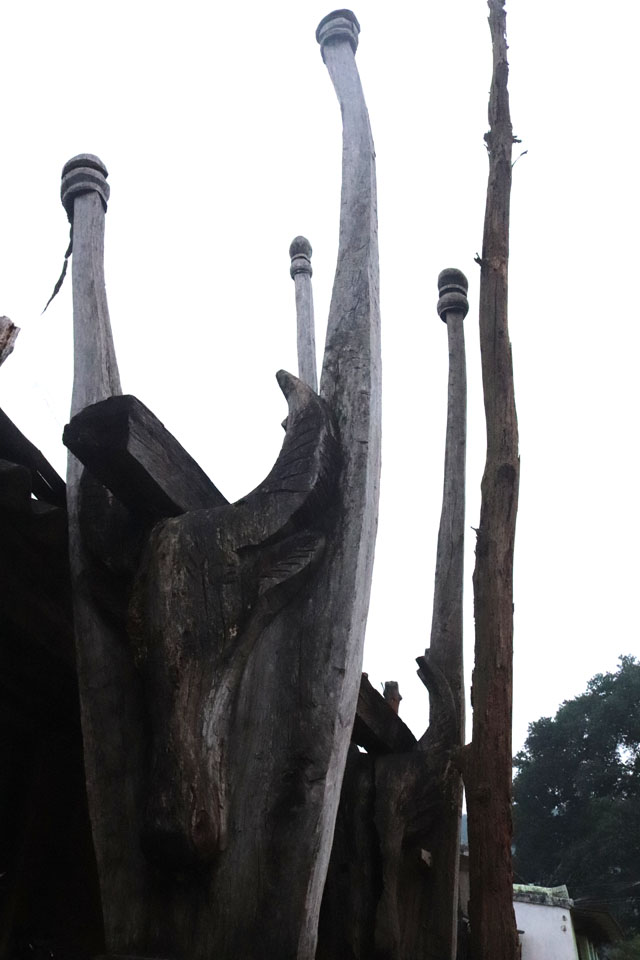 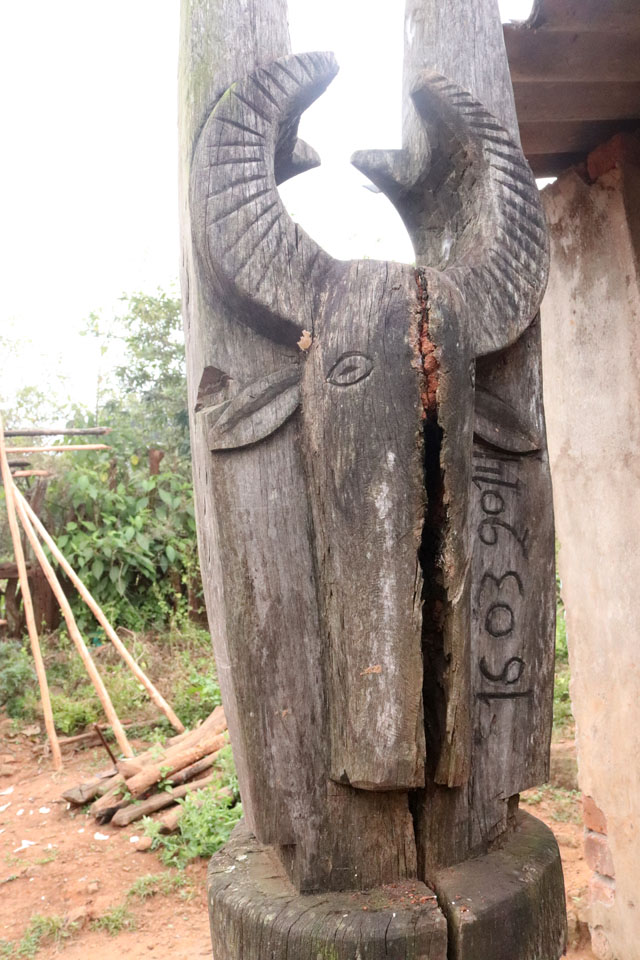 Belghar located at a height of 1000 m is the territory of Kutia Kondh Tribe, one of the most primitive in Odisha. Inhabiting around thickly forested hills, the Kutia Kondhs have unique customs and beliefs. Until recently Belghar remained fairly isolated. Like Desia Kondhs the Kutias also sacrificed humans until the late 19th and early 20th centuries. A visit to their villages will drag you into a prehistoric setting. To bring into control and expose them into the norms of civilisation the British also had made attempts. A beautiful wooden lodge from the British Era carries the colonial legacy. The elderly local will tell you how the British officials would reach Belghar sitting on elephant back through the dense jungle paths.

Kandhamal is largely rural and one of Odisha’s largest districts. Phubani, the district headquarter and the largest town is located at a distance of 200 km from Bhubaneswar. Baliguda is the second largest town having staying options. However, for a unique Kandhamal experience try out the Nature Camps at Mandasaru and Belghar, both can be booked online. Keep a minimum of 3 nights and 4 days for your Kandhamal trip. 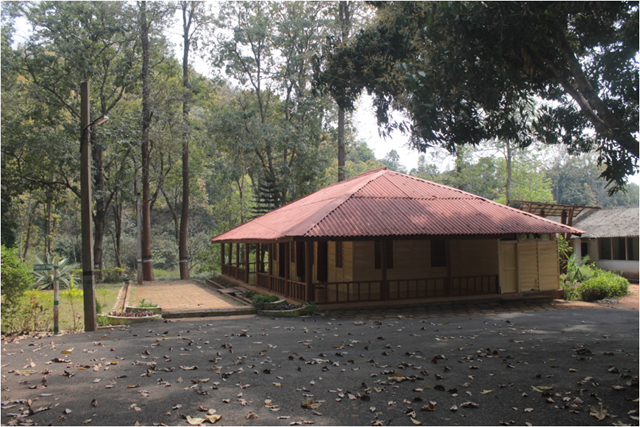 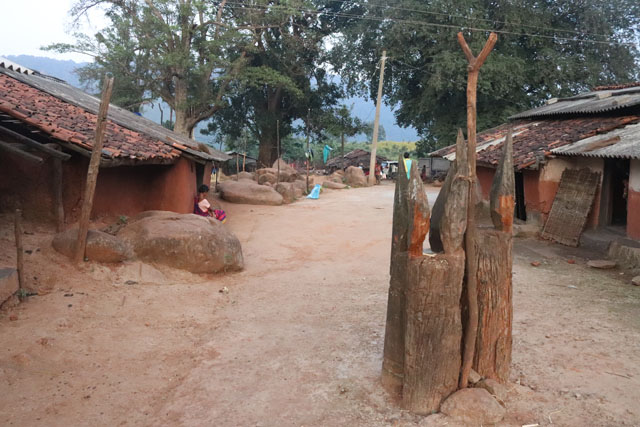 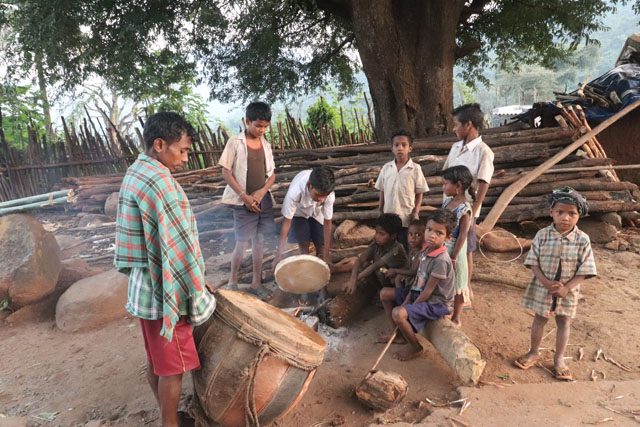 Podapada is a small village on Phulbani – Baliguda Highway. The village is known for preserving one of Odisha’s unique wooden temples, the Nrusingha Temple. The temple was built in the 18th century by a Bhanja King from Ghumsar. The most eye-catchy part of the temple is the wooden beams and the parapet where along with conventional Odia icons there is the depiction of mysterious tribal and tantric rituals. The wooden sculptures and geometric motifs are intricately carved. 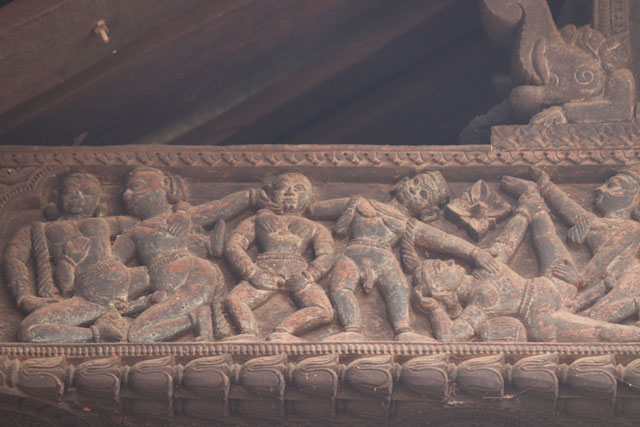 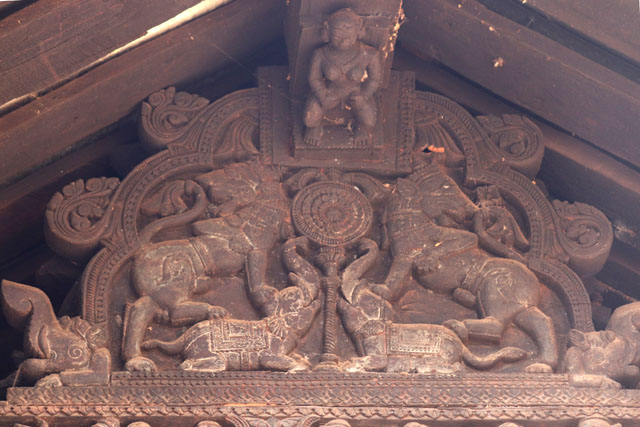