Between 16th and 19th centuries AD, the Rajput courts in Rajasthan and Central India had patronized miniature paintings and wall murals of mythological and court themes in an epic scale. Though many of them have faded with the ravage of time, yet whatever are left constitute an integral aspect of South Asia’s visual history and heritage. Each of the Rajput courts had evolved with a distinctive style of murals done on the walls of palaces, inner chamber of the forts and havelis.

Most of these styles however had emerged combining indigenous as well as foreign influences (Persian, Mughal, Chinese, European and also from Gujarat, Deccan and Eastern India). In Rajasthan, the Hadoti region with its capital at Bundi was among the four principal schools that had evolved within the state. 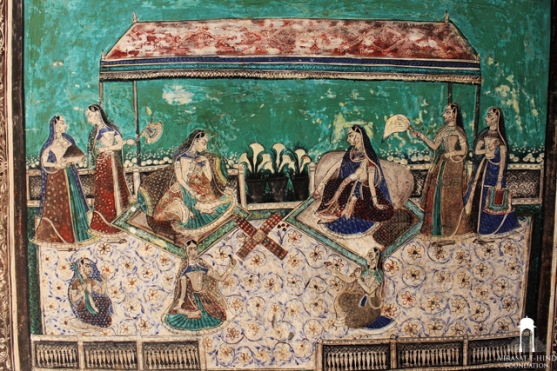 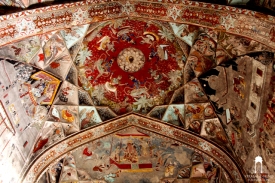 The Bundi School had evolved at the Hadoti Court in the early 17th century in the time of Rao Bhoj Singh, while him overseeing Chunnar near Varanasi as the governor of the province. During his governorship, he came in direct contact with Persian artists (these artists had been brought by Humayun) and commissioned them to illustrate a Ragmala series. The style with strong Mughal influence was first experimented at Badal Mahal in Bundi. In richness and brilliance, the Badal Mahal paintings have affinity also with paintings of Deccan, a region with which the rulers of Bundi were often in contact. 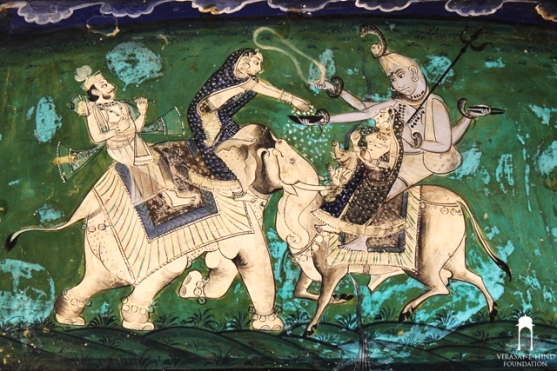 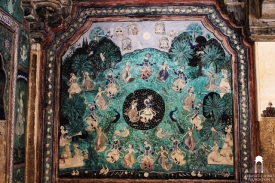 The Chitrasala or the Ummaid Bhavan built in the 18th century by Rao Ummaid Singh shows the climax of Bundi paintings, a style characterized by a fondness of lush vegetation, dramatic night skies, a distinctive way of depicting water by light swirls against a dark background, and vivid movement. The walls and ceilings of this palace are completely covered with paintings of the Bundi School and can be compared with among the best of pre-modern paintings anywhere in the world. 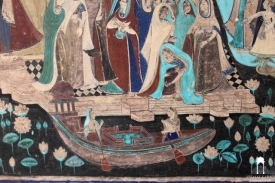 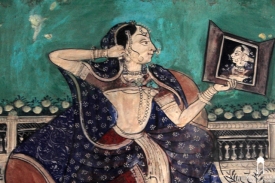 Two remarkable themes of these paintings is the Ragamala and Baramasa series depicting moods and sentiments of men and women, seasons and 36 ragas and raginis linked to the seasons, times of the day and the mood of the moment. Under Rao Bishen Singh (1771-1821 AD), hunting and wild animals became favorite subjects.

Bundi School of painting today has survived among a handful of artists, who still paint themes depicted in the Chitrasala. A few have also made some fresh innovations in filling the negative spaces and in colour schemes. Yug Pratap, a young Bundi artist shares his idea on Bundi paintings and his experience as an artist. Yug runs a small studio ‘Yug Art’ near Surang Gate in Bundi.

More on the video.